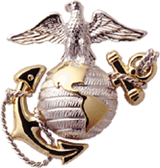 I was flying north from Hill 55 when I noticed two H-34's turning on the ground in front of us just south of Hill 10. I watched them as we flew overhead to make sure they did not take off underneath us.

As soon as we cleared them to the north, I switched to DASC to report mission complete. DASC asked me if I had seen a midair that was just reported near my position. I said I had not and turned the aircraft back toward the south.

I saw the two columns of smoke and headed toward the area of the mishap. Marines from the ground unit had already rushed to the area but could nothing due to the intense heat from the burning magnesium. We only found one body. No survivors.

The FAC with a ground unit, an H-34 pilot from that squadron, knew all the pilots and crew. They had stopped to say "hi.” He stated, through tears, that as they took off dash two ran up underneath lead and, raising the nose, cut off the tail rotor of lead. Lead nose-dived, then pitched up before impact, shuddered and exploded. Dash two burst into flame in the air and the wreckage fell to earth.

I traded hops with the pilot. That morning he was nervous about flying north and I had a mail run south. He asked to trade hops. I said yes ... he looked very nervous - like he knew something was going to happen.

My names is Lance Corporal Stephenson. I'm a Marine stationed in Fuji, Japan. My Uncle was LCPL Harrington, John Dee. He was killed in this incident. This site was the first time that my family learned of his death. Apparently they were told a different version. I wanted to thank whoever posted this incident. And I was wondering if anyone knew my Uncle or anyone in his Unit. I know he was an Ugly Angel...HMM 362. That's all I know. If anyone has any information I would greatly appreciate it. Thanks and Semper Fi

Submitted by: LCPL Stephenson, My Uncle was killed in this incident, 20040712

I have searched for decades for information on this mid-air crash. I am confident from reading in this document this is the crash I witnessed from 1st Battalion 1st Regiment 1st Marines camp south of DaNang.

I along with a Major from air liaison were first on the scene of the exploding helicopters. For authentication Operation Mameluke Thrust was happening. Our 105mm arty just fired a fire mission when I saw 2 helicopters come together in flight. I remember a lower aircraft collided with the upper. I have forever wondered if the arty was the cause.

I and the Major climbed into a jeep and raced down the road until we had to stop. The aircraft debris field lay just ahead of us; the crafts fell on the road. Everything was exploding. Soon there was an air cap forming overhead. Different types and kinds at different altitudes. I remember one helo broke apart and fell while the other seemed to be destroyed in air. After a time ground support arrived from our camp. There was nothing we could do as a rescue.

I asked him how I could find them and he said they owned the only convenience store in town. I did stop by after his death, walked into the store and said, "Joe told me if I was ever anywhere near Blue Ridge Summit, PA that I should come here". You can imagine their surprise. Wonderful people.

Not too far from the store, Joe had purchased land in hopes to build a home there someday. That land is now the Joseph H. Brubaker Jr. Memorial Park and provides a lovely place for Girl Scouts, Boy Scouts, etc. to meet, in a stunningly lovely setting. Joe is buried in Blue Ridge Summit.

I stumbled upon this site tonight while surfing the web and just doing a little research on Marine units I'd been assigned to. What a surprise when I found this information.

I was a proud member of the Ugly Angels of HMM-362 from July '68 thru May '69. The mid air collision described in this incident involved the bird I was assigned to fly as a gunner that day; however, shortly before we were due to depart, I was reassigned to another bird for another mission to the North.

When I returned to the line shack that night, I was met with surprised stares from those present. A glance at the flight board showed why. No one had updated the crew assignments and I was shown as a crew member in the mid air - "KIA" had been written at he end of the line. I have recently retired from a very active 33 year career in law enforcement with the Los Angeles County Sheriff's Department, and I can honestly say I've never experienced the feelings that went through me on that night. I only knew Brubaker and Green a short time, but they were good guys and it hurt to loose them. I did not know the others very well, but as fellow Marines, I will always keep them in my memory.

My brother Otis Green was just a year younger than myself. All his child hood life he always wanted to be a Marine and got the chance to serve his country. However he was killed during the Vietnam war with only a month left to serve. If anyone has any further information on him please forward it to myself or my sister Yvonne as soon as possible. Perhaps you kept some pictures taken during your time together 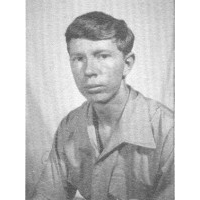 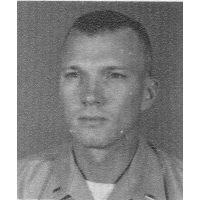 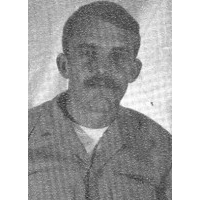 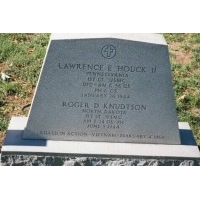 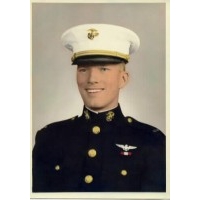 I was only 4 years old when my brother Otis was killed in the Marines. I know very little about him and barely remember him as a little girl. Any one who knew him please contact me. I am anxious to know all I can about him.

When they were selling the POW/MIA bracelets back in the 60's I asked my parents if I could have one. They sent in the money and my POW/MIA was Roger D Knudtson. We were supposed to wear these bracelets until our POW/MIA returned home. My best friend and I would lay on the living room floor every Sunday and read through the names to see if our person had returned or been found.I never saw his name in the paper. Back then I danced and was made to take off my bracelet for a dance recital and during my performance someone stole my POW/MIA bracelet, I was very upset and have never forgotten how heartbroken I was that someone stole my bracelet and I was to be dedicated to Roger D. Knudston. I never, ever forgot his name for some reason!!! Then in 1987 my then husband and I went to Washington, DC and I found Roger D. Knudtson's name on the Vietnam Memorial Wall. IN 2003 my present husband and I went back and again I found Roger's name on the wall. I took pictures of his name on the wall and they are in our pictures somewhere, if I would have to find them I will. After seeing coverage tonite on the CBS evening news that they are trying to put pictures with names on the wall I started doing some research and earily I found this website and did find Roger D. Knudtson's name in this website and found that he was born the same day I was but 15 years earlier. I also found it very interesting he is laid to rest in Arlington National Cemetery and I have been there many times. If anyone should read this post, I would love to be able to someday meet his Widow and family. I was only 10 years old at the time I got that bracelet, but with my father being a Navy Chief, Roger was and is still in my heart. If any of his family should ever read this please contact me at smileedebi77@aol.com and title the email as Roger D. Knudtson. God Bless all the men and women that still are serving our Country but may me bless those that lost many loved ones during the Vietnam Era.

This is the first time I've read what really happened in detail. My heart raced as I read the incident over and over. I can't begin to tell you what this has meant to me. Though I've never met Larry, as I was born in 1979, I've always felt a strong connection to him ... it's hard to explain.
I've touched his name on The Wall, I've wept at his grave and I've talked to his wife while she was alive. He is a man that I've always respected. Not because of how his life ended, but the way he lived it.
I also served my country, this time in Iraq and there wasn't a day that went by that I didn't feel him walking beside me.
R.I.P. Larry.